McDonalds announced as a sponsor for the 8th Annual Thanksgiving Hoopfest

September 27, 2016 (Dallas, TX) – The 8th Annual Thanksgiving Hoopfest will once again set the stage for some of the Nations top talented High School boys, and recently added field- girls, to showcase their basketball skills. The event will take place at the Sandra Meadows Arena in Duncanville on Friday, November 25th and Saturday, November 26th.

“We are extremely excited to be able to partner with McDonalds. With Hoopfest featuring multiple McDonald All Americans over the years, the synergy seemed fitting and we are looking forward to it.”- Hoopfest Director, Glenn Smith

The tournament schedule, releasing on Monday, October 3, 2016, has garnered much anticipation. Match-up debates via social media has delivered the tone for this years’ event, as fan enthusiast eagerly await. 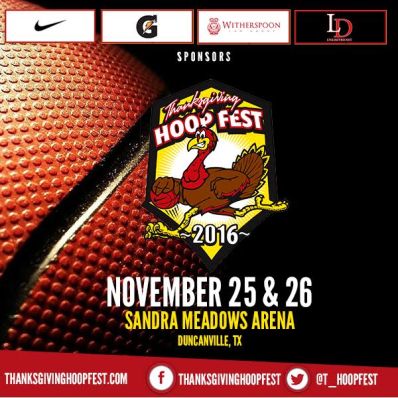